The Perth metro passenger rail service is one of the most efficient and regular commuter operations in the world, with clean modern trains running at peak hour every two to four minutes on most services to the city. Although an extension to the airport is somewhat planned depending on government funding currently transport is restricted to there to taxi and bus services.

Other state passenger trains are the AvonLink, MerridanLink and Prospector Services along the Indian Pacific route east to Northam, Meridan and Kalgoorlie respectively and the Australind Service south to Bunbury.

Mandurah is serviced by the Perth metro trains with the scenic and comfortable journey taking just 55 minutes.

Otherwise the railways in Western Australia, though some of the longest in the world, are for freight purposes only. The mining industry in the north and the grain and phosphate industries of the Great Southern rail to Albany provide some mighty long trains for the enthusiast to seek out. 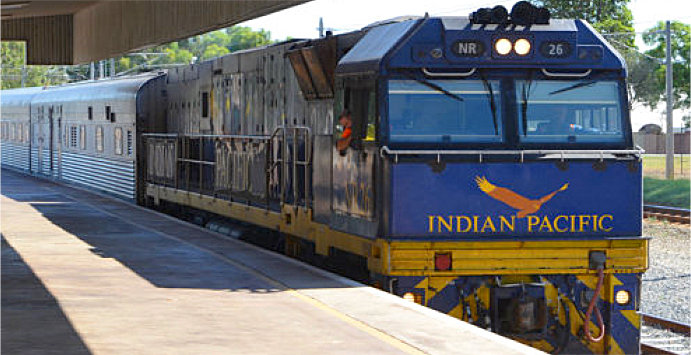